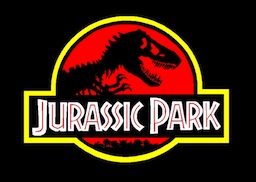 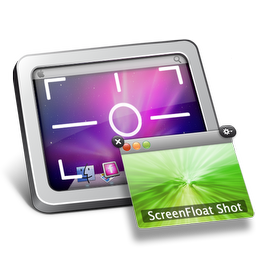 iTunes Connect is the interface Apple provides for developers to interact with the Mac- and iOS App Store.
It lets you check the review status of your apps, change metadata and screenshots, request promo codes, review your financials, manage your in app purchases and more. It does those things quite well.

However, there are a few improvements I’d like to see:

An overview would be greatly appreciated – not just by me, I’m sure.
Of course, one could argue that some reviews are not in English, but that’s not really a reason not to have at least a star rating statistic. Also, Google Translate can help you make sense of reviews that are not in a language you speak (and that’s enough most of the time to grasp what the reviewer is saying).
On the other hand, it doesn’t even have to be the content of the reviews if that’s what’s holding them back. Being able to see the star ratings alone would be a great improvement.

Being mailed about new reviews would be nice too, maybe not live, but once every _fill in appropriate timeframe here_, although I realize that would be a huge load on Apple’s servers. Now if they only had a larger server farm…

It would be kind of nice to be informed about how your apps perform in terms of charts in different countries – Top Grossing, Top Selling, Top Free, etc.
But maybe that’s just me – I’m such a sucker for that kind of data.

#4 – Getting in touch with customers

If you get a bad review or a user requests a refund for their purchase, it would be great to be able to get in touch with them – sometimes it is unclear as to why the customer is dissatisfied with your product.
Before the Mac App Store, it was easy to contact your users. Now, not so much.
With the Mac App Store, the developer depends on the customer getting in touch with the former. I’m guessing it’s some sort of data privacy issue.
They could, however, do something like this: When the user rates an app badly, they could be asked to tell the developer about it / get in touch with the developer directly.
Part of this issue is that on the App Store App-Specific-Site, there’s no “Contact Developer” button. Although iTunes Connect makes you enter a “Contact eMail Address” for your  app, I don’t see it used anywhere on the page. That’s definitely something they should change.

#5 – An estimate when your App will be Reviewed

When you submit an app to the Mac App Store all it will say is “Waiting for Review” once it is processed. Not very informative, is it?
They could at least provide a rough estimate when your app is likely to get reviewed so you can plan around that a little bit.
Another, maybe better, way would be to show what place you’re at in the review-queue – although I’m guessing Apple does not want anyone to know how many apps have been submitted to the App Store.

It would also be great to get an estimate on how long the review itself will take, based on current review times for other apps. I think they have something like that for the iOS App Store so I guess it will eventually make its way to the Mac App Store, just like the recently added promo codes.

flickery is currently featured in the New and Noteworthy section of the Mac App Store (thank you so much, Mac App Store – team 🙂 ).
I stumbled upon this while checking for reviews – it would have been great to get a notification about that, I think every developer would like to know when they’re featured and where – albeit I assume they do send out notifications if they feature an app in a special way (like the banners on the front page of the Mac App Store).

All in all, though, the iTunes Connect team has been doing a great job and I can’t respect them enough for what they’ve accomplished. These are just my six cents. Kudos to those responsible. Kudos.