A few months back, I said GimmeSomeTune would make a 180 turn by using Gracenote as its source of information (lyrics, song info, artwork).

Although I really wanted this to happen, for all the reasons I mentioned in that previous blog post, it doesn’t seem like it will happen. I’ve contacted Gracenote numerous times and never heard back. Either they’re very, very busy or they just don’t care and don’t want my business. So be it.

I’ll do what lots of other apps (including GimmeSomeTune) do – turn to websites that have the according information available. I’ve done it before, I’ll do it again – only better. I’ll use several sources for lyrics and artwork, many of which you, the users, have suggested – thank you for that. I have several sources for lyrics and artwork, so if one service goes, there’ll be a backup service I can turn to.

I really was looking forward to using Gracenote, because they do offer a great service.

When it became clear that Gracenote couldn’t be bothered to at least write me a “buzz off” e-Mail, I looked into other options. I still have no clue what Gracenote is charging, but it can’t be more than what the others are. It is really hard for an indie developer to use these services and not go hungry while doing so.

Who knows, maybe I’ll get an e-Mail from Gracenote some time this lifetime, then I may reconsider.

So what’s the status of GimmeSomeTune right now?

Well, I lost a little time due to my work on Records (which is currently exclusively available through the MacBuzzer bundle) which had to be done for the bundle, so there’s that.

That being said, artwork, lyrics, last.fm and song recognition are all working right now, and beautifully, might I add. It’s almost magical.

Now you might ask, great, so when’s the release, because what’s there left to do?

In the blog post I mentioned before, I promised you last.fm scrobbling for tracks you played on your iPod. Turns out it’s not that easy to do.
I will try to implement it for the 1.0 release, but if it takes too long, I’ll move on to other things and get back to it when I’m working on a later update.
Sooner or later, it’ll be in there. But I don’t think it’s that important for a 1.0 release to spend a lot of time on it if I want a timely release (which I, and I assume most of you, do). I hope you understand.

As always, I’m open for suggestions and feedback, so please leave a comment, contact me on twitter (see below) or write me an e-Mail. Whichever you prefer is fine with me 🙂

Thank you for your time and interest,
Matthias 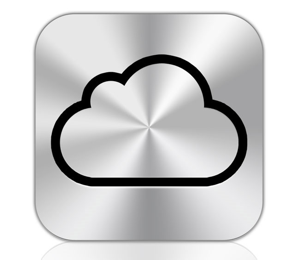