Another WWDC keynote has come to an end, and boy, what a keynote it was. Those guys at Apple surely don’t fool around!

I really hate to have missed this year’s WWDC. There’s lots of new stuff to be discussed there, and while I will download the session videos once they’re available through the Apple Developer Center to developers, it’s still a completely different thing being there, conversing with other people, sharing and exchanging ideas and thoughts and getting to talk to Apple Engineers.

I’ve attended WWDC two times in the past, ’06 and ’08 and I’m so glad I joined in on that experience. I can’t wait to go again, and I’m sad I wasn’t able to this year…

Now let’s get down to some business and talk about some of the new stuff shown at the keynote.

We didn’t get to see a whole lot of new stuff on Lion during the keynote. Most of what they showed was discussed earlier already.

A great new thing is in-app purchases (if the thing with lodsys is settled anytime soon) and delta updates.
With delta updates, unlike “usual” updates, where the old application is replaced by the new one which is downloaded completely, only changes in the software bundle will be downloaded and written over the outdated parts. A huge win in bandwidth limits, speed and convenience.

Things we’ve already seen include autosave and resume. Both huge features in my book because, YES, why would we have to press cmd-s if we have a computer to do it for us automagically and YES, an application should start off where you last left it.
It’s just common sense and if Apple wants to remove the file system, it’s a no-brainer.

Just one word – awesome 😉 It’s a great evolution of Spaces and Exposé, both features I use profusely and couldn’t imagine living without (although I use it slightly less since I’ve hooked up a Cinema Display to my MacBook Pro as a second display).

Launchpad, well, it’s just a logical step if Apple wants to get rid of the file system as we’ve come to know it.

Fullscreen apps sounds like something I wouldn’t use too often, but who knows, Apple has made it very easy to switch between fullscreen and non-fullscreen apps with the swipe of a few fingers, so with time, I might come around. Right now, it feels kind of unnatural to me.
Going fullscreen was something I did for a short period of time in an app (run a slideshow, go through photos in flickery (shameless self-advertisement, I know), etc.), not something I’d work in for hours.

I think it’s painfully clear where Apple is heading with Lion and subsequent iterations of Mac OS X – away from a file system based operating system to an application based operating system.
Documents will no longer be stored in folders inside folders inside folders but inside the applications they belong to, which, if you ask me, makes sense. To open a document, you don’t need to navigate to the document in Finder but just open the according application and choose the document there, as seen on the iPad with the iWork apps.
There might be a way to still access the file system (kind of like how the Terminal is for users who’d like to access the underpinnings of OS X) but for most of the users, they won’t need to.
A friend on twitter (@freeridecoding) said something that struck me as possible – that Lion will be the last Mac OS that is separate from iOS.

What can I say except “Boom”? iOS 5 will be a great new release. Here’s a few features I’m excited about (since everything not in the keynote is under NDA, I can only talk about end-user features)

About time. I’m glad they hired that jailbreak-software-guy, since he obviously knows what he’s doing.

Nice idea, but I’d like to know how they handle SMS now. Is it a different app? Will I have to remember what contact of mine has an iOS device with iOS 5 so I can use iMessage or if they have a, say, Nokia and I have to use the SMS app? Does the iMessage app do this for me? Figure out what device at the other end of the line and send either an iMessage or an SMS?

Great new feature, love it. I’ve been using a bookmark folder and MobileMe Bookmarks Sync for that functionality, but now it will be simpler. Very nice.
Not so nice for a certain developer of a certain Instapaper app. To quote him: “Shit.” (@marcoarment)

I’ll have to see if this will replace any other twitter app for me. I’m guessing no.

This is an idea I had been thinking about for a few weeks (especially the location-aware tasks.) Too bad for me as a developer, I guess. Great for me as a user since this will be the first to-do list I’ll be using.

Finally. There’s nothing I’ve been loathing more than having to physically connect my iPad or iPhone to my Mac just to update the system software.

I just wanted to let you in on my thoughts about this. You might have heard this term on twitter or the general web. My understanding is it refers to a search app in OS 8 times called “Watson“, developed by Karelia Software. They wrote that software, released it and some time later, Apple came out with their search software for Mac OS 8.5 called “Sherlock” which was more or less an exact copy of Watson (which put Watson out of business, more or less, but Karelia Software is still doing great). This is where the verb “sherlocked” comes from.

Apple has done this a couple of times before, one of the earliest with the system 7 menu bar clock, where they copied an independent software developer’s idea and app.

Sometimes, Apple has the decency to buy things instead of just stealing them – like CoverFlow, but sadly, that’s not the case very often.

I think this is “below all pig”, as we say in German (which means an effin’ outrage! ).
I don’t like this. Affected developers obviously have no idea that they’re going to get sherlocked and if their application in question is their only source of income, this can put people and families at risk.

So I’d like to see Apple buy things instead of stealing them, but that’s probably quite unrealistic. I guess it’s an occupational hazard – developing for Apple devices more so than for any other’s.

iCloud is the new digital hub. It used to be iTunes, your local machine. Now it’s the cloud, and I do think it’s the way to go. You want your data everywhere, without having to manually copy files over. You want changes instantly populated to your other devices, so you can work on any device whenever and wherever you want. This is great!

For me, personally, Lion and iCloud are what I’m most interested in now. I’d been hoping for an easy way for developers to sync their users’ data amongst devices, and now with iCloud, we have it!

It will be interesting to see how iCloud develops, especially if it would be possible to share sync’ed data with other users of iCloud for, say, collaborative features. That would be a great next step.

I have yet to install and try out any of this, I’m currently working on an external project with a deadline due very soon and I just haven’t got the time to install all this new software until the deadline has passed (and I hopefully complete the project, hehe), but I’m looking forward to trying all of this!

In summary, this is what your typical user and most developers (including me – this is me, by the way 😀 ) looked like while watching the keynote: 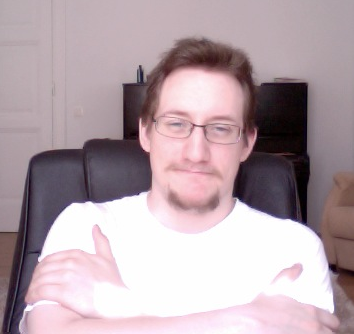 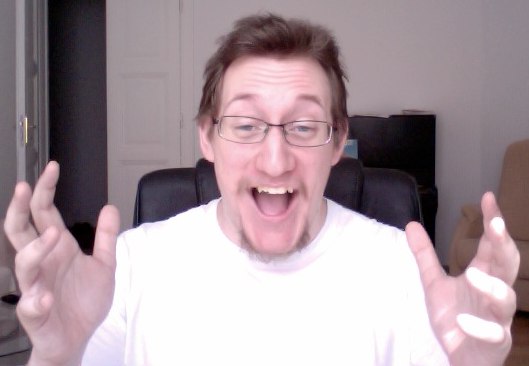 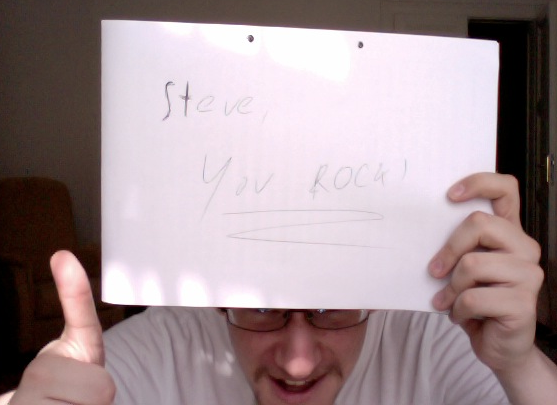 On the other hand, some developers looked like this while getting sherlocked: 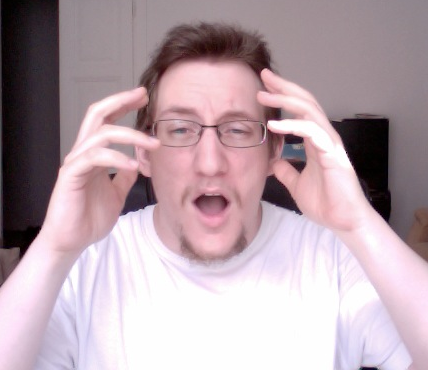 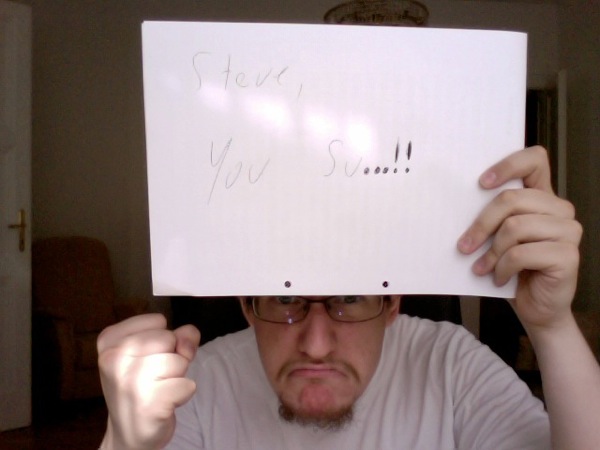