[This is a follow-up to this blog post. It was inspired by the response I received through social media and different websites.]

In a previous version of Yoink, I had the following conundrum:

The checkbox “Show window near mouse pointer when drag is initiated” is inactive and needs extra steps to be activated.
If I’m a new user of the app, at first, I have no idea how to activate that checkbox. At best, it’s something I need to set in this preference panel, at worst it’s a setting in a different one.
As a new user, my only option is to blindly change settings, waiting for one to activate the checkbox so I can select it.

There are different solutions to this problem, of varying degrees of effective- and usefulness:

“For that UI, I think maybe an additional improvement would be to actually hide and show the checkbox completely instead of disabling it.
Also, indent the second checkbox so that it feels like it’s a sub-section of the first.
Another option might be to split things out into radio buttons instead of checkboxes and the popup menu.
That way you could expose the additional option tied to the appropriate radio choice, which you can’t exactly do with the menu item.”

Since there are only two options for « automatically show when », maybe the setting could be radios instead of a select.
Then each option would be formatted as a column and each column would contain specific settings (the « drag starts » column would contain the « Show window near mouse pointer when drag is initiated » checkbox. Then it would make sens that clicking the checkbox would also set to « drag starts ».

What I ended up doing in Yoink v3.2.1, the release that followed this discussion, was this:

Instead of having the checkbox inactive, it’s active at all times and can be clicked right away. The advantage of this is that for one, the user knows the option exists and two, the user can select the option right away without having to figure out how to activate it.
The downside, and this has been pointed out to me a couple of times, and I agree, is that clicking the checkbox changes two settings at once (the checkbox and the popup, as you can see in the GIF above). It changes a setting the user has made before. And that’s bad UX design on its own right there.
My thinking was, it’s in the same preference pane, so the user sees what’s happening right away. It still was the wrong decision (as has been pointed out to me in the comments on designernews.co).

For Yoink v3.2.5, I re-thought the whole thing and decided to make it three options in a popup.
This is the result: 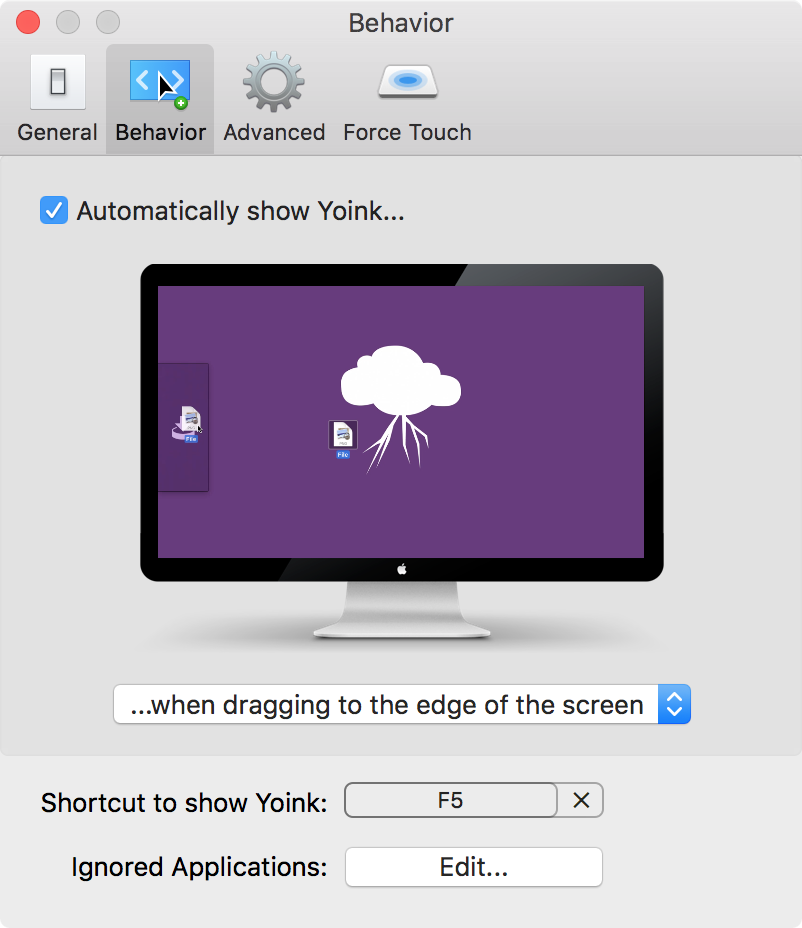 It solves a couple of things:

Additionally, I think it’s the nicest Yoink’s Behavior preference pane has ever looked, so that’s a plus 😉

An inactive checkbox is always a bit of a mystery to me.
Why is it inactive? How do I get it to activate so I can select it? More often than not, it takes me a couple of tries fiddling around with other preferences to finally activate the checkbox and be able to select it.
It shouldn’t be that way.

And now I realize I’ve been guilty of having such an inactive checkbox in Yoink‘s preferences myself:

It’s exactly what I dislike. What was I thinking?
As a new user who has no idea how these preferences are connected, you just don’t know how to get that checkbox active and, more importantly, how to change the setting available behind the inactive checkbox.
In the worst case, it’d take three steps to activate it. You’d have to:

If I launch Yoink for the first time, I have no idea what’s going on. That’s not a very good user experience.
So with the upcoming update v3.2.1, the checkbox will always be active, and it’s much clearer how these two options are connected:

In Yoink v3.2.1, the checkbox is always accessible, eliminating extra steps to be able to select it.

Obviously, not all cases are the same and sometimes, in some places, there might be a good reason to have a checkbox inactive.
But here, it was clearly the wrong choice. 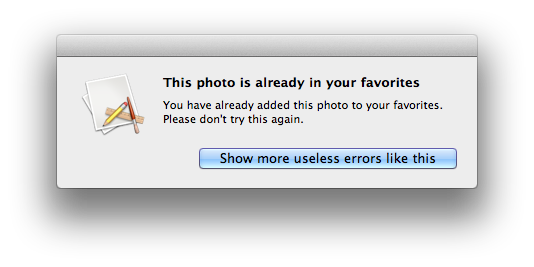