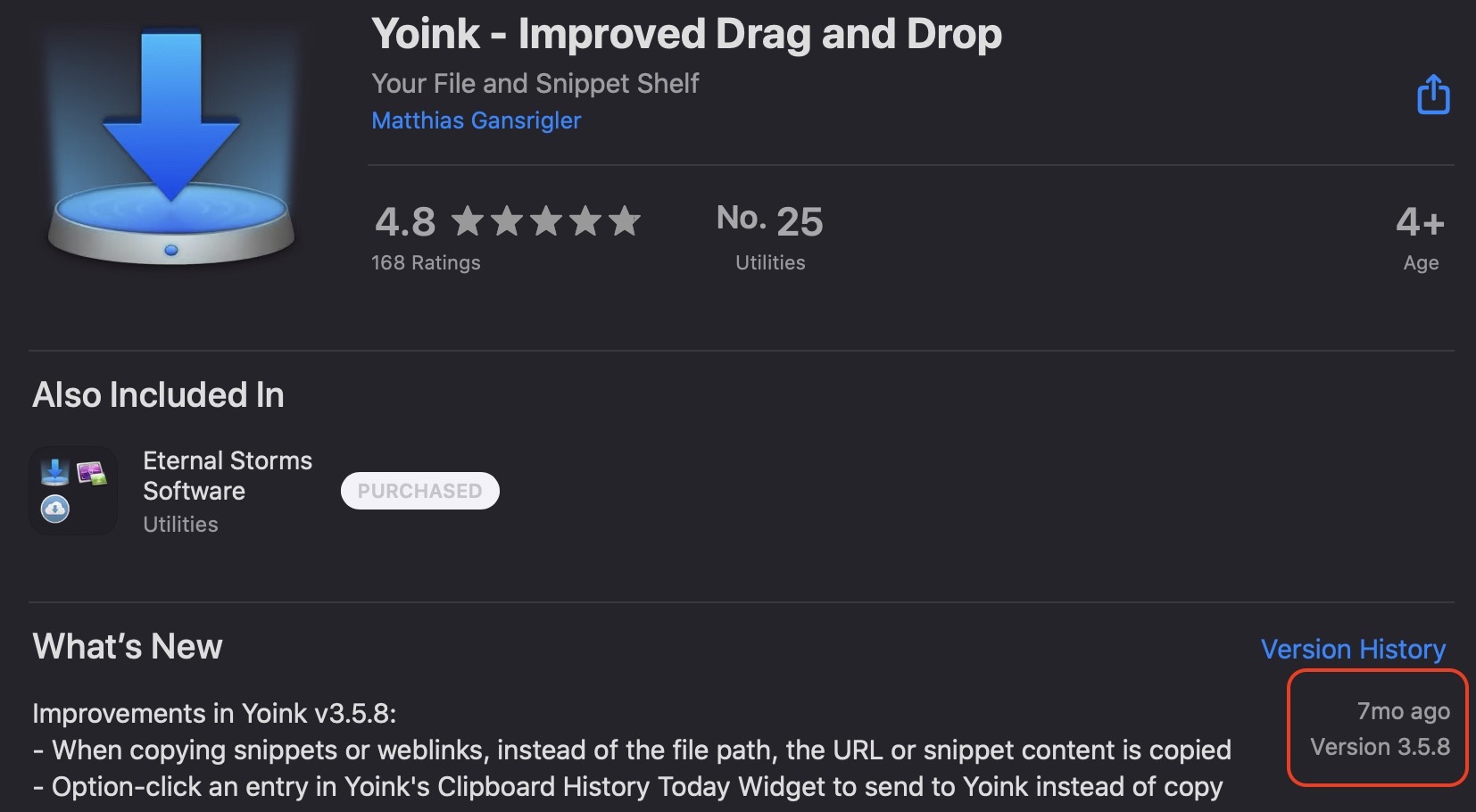 7 months. I look in disbelief at the Mac App Store’s timestamp of Yoink’s last update, and I’m deeply embarrassed.
As a user, I’d think the app is abandoned. As its developer, I know that’s not true, because soon after I’d released v3.5.8 of Yoink for Mac, I began working on the next one:

The user, however, doesn’t know.

The situation isn’t any better for Yoink for iPad and iPhone, either, where the App Store states 5 months since the last update (v2.1.6).
Here, too, I began working on its subsequent update the day after submitting it to the App Store:

The problem, I think, is that I do not plan ahead much. I give my attention to the app that – in my view – currently needs it most (which has been mostly Yoink for Mac, and Yoink for iPad and iPhone lately), and whenever I feel the update is done (an arbitrary line I draw spontaneously most of the time), I release it and move on to the next app (or the same one again, if need be).

Here’s hoping. Thank you all for bearing with me 🙂

behind the scenes, ramblings, thoughts, update